"SVT was able to deliver a multi-orchestrated technology solution, so we were able to bring point solutions together and really provide value to our customers.”

Building supply chains and logistics around speed and flexibility has always been a top objective. But now, global pandemic disruptions and growing consumer demands have propelled quick adaptability and resiliency to the forefront of must-haves for success. As a result, the market is relying more and more on industrial robotics and process automation to move products as fast as possible.

That means companies can’t afford to invest in warehouse automation only to have it static for the next three years. Instead, they must design material flows and deploy solutions that will allow them to adjust what they move and how they move it – quickly.

That’s what led CJ Logistics, a global third-party logistics company, to partner with SVT Robotics and utilize the SOFTBOT® Platform to rapidly pilot several new technologies integrated with their WMS. This case study outlines the need that led the 3PL to consider automation, and how SVT Robotics made it possible for them to quickly deploy a total solution without lengthy and expensive custom code.

Playing to Their Strengths

CJ Logistics has numerous customers across industries such as pharma, retail, and biotech. The global supply chain 3PL has 40 locations worldwide and consistently seeks out processes and innovations that deliver the most value for their clients—especially those that support their reputation for flexibility and speed.

Multiple warehouses in the CJ Logistics network oversee inbound-outbound pallet operations. In one such facility near Dallas, the company wanted to determine the most effective, low-cost automation technologies they could quickly and easily integrate into other warehouses across their network. Being able to quickly assess ROI and gain actionable data was a top priority, so traditional integration requiring expensive custom code and long deployment timelines was not an option.

In order to test the technologies quickly, SVT Robotics was brought into the project with the solution-agnostic SOFTBOT Platform.

The goal of the pilot was to test three new technologies, integrated with CJ Logistics’ WMS. These included pallet transport, a case-picking AMR, and pick-to-light IoT sensors.

The project began in late November 2020 with two weeks of coordinated requirements gathering between SVT Robotics, CJ Logistics, the robot manufacturers, and the WMS provider. In less than four weeks, SVT Robotics was able to build the SOFTBOT connectors needed to integrate the pilot technologies. Commissioning continued for another two weeks, and testing began in January 2021. CJ Logistics began testing their technologies in early February, just 12 weeks from project kickoff.

In the Dallas warehouse, CJ Logistics’ technologies were successfully integrated with their WMS using just under a dozen connectors to the SOFTBOT Platform. The integrations follow the site’s rules of dispatch, separating predetermined types of “automation eligible” work and assigning those tasks to multiple automation solutions simultaneously.

As one example, CJ Logistics provided workflow rules of a “happy path,” then collaborated with SVT Robotics on decisions for exceptions based on time, product, location, and travel distance. In another instance, when CJ Logistics had a customer change requirement to begin capturing lot code information, the SOFTBOT Platform made it possible to migrate from the original pick-to-light technology to a vision-pick device in only one week. Being able to pivot so quickly to capture the newly required lot codes demonstrates how the SOFTBOT Platform enables fast technology expansion as requirements change.

Based on the success of the pilot, CJ Logistics added automatic truck loading to their technology portfolio, ultimately creating three workstreams with five technologies. They can also deploy these technologies at any of their sites, even using a different WMS or alternate solution, which can be accomplished in less than a week. 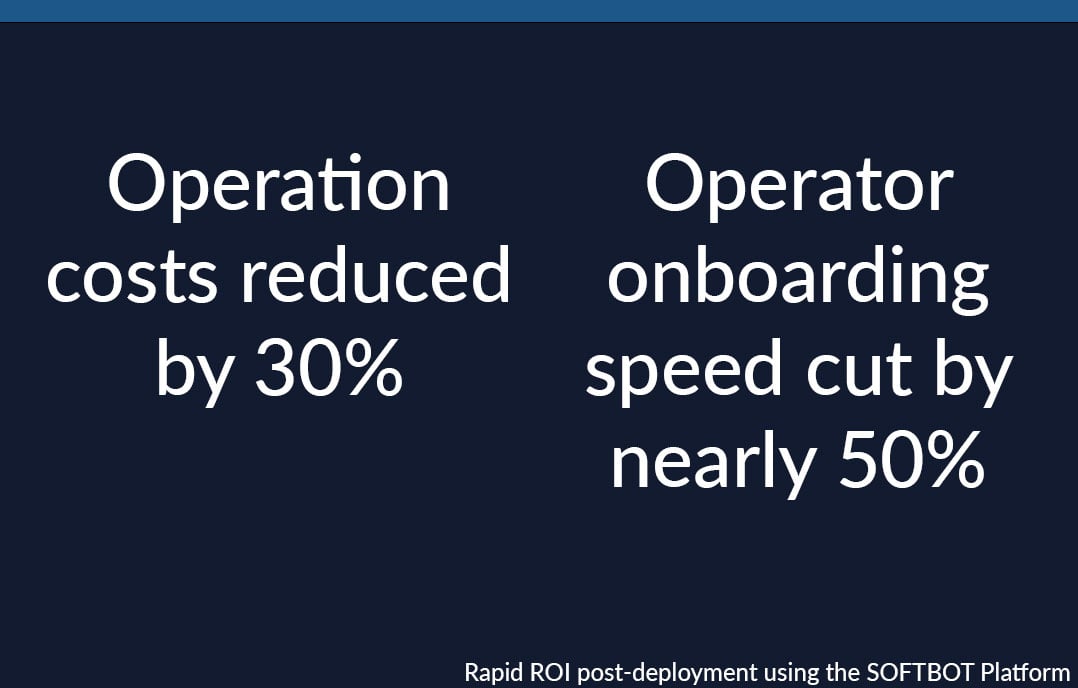 The ease of deploying robots through the SOFTBOT Platform provided a fast and easy integration environment for CJ Logistics, allowing operations costs to be reduced by 30% primarily due to fewer touches and less product damage.

The speed of onboarding warehouse operators was reduced by nearly 50%. The ability to hire and train operators quickly and efficiently will continue to reduce costs significantly over time.

“Our company is committed to constantly optimizing our customers’ supply chains to minimize risk and cost while increasing speed,” said the VP of Engineering & Technology at CJ Logistics. “The SOFTBOT Platform supports our goals by enabling rapid pilots, easy deployments, and modifications to automated solutions without complex integration and ever-increasing support costs.”

The fast and flexible integration approach of the SOFTBOT Platform makes adding new technologies as simple as plug-and-play. Without the ability to rapidly pilot and then scale a fully integrated solution, CJ Logistics would have faced months of lengthy custom code development. Instead, they are already enjoying the benefits. 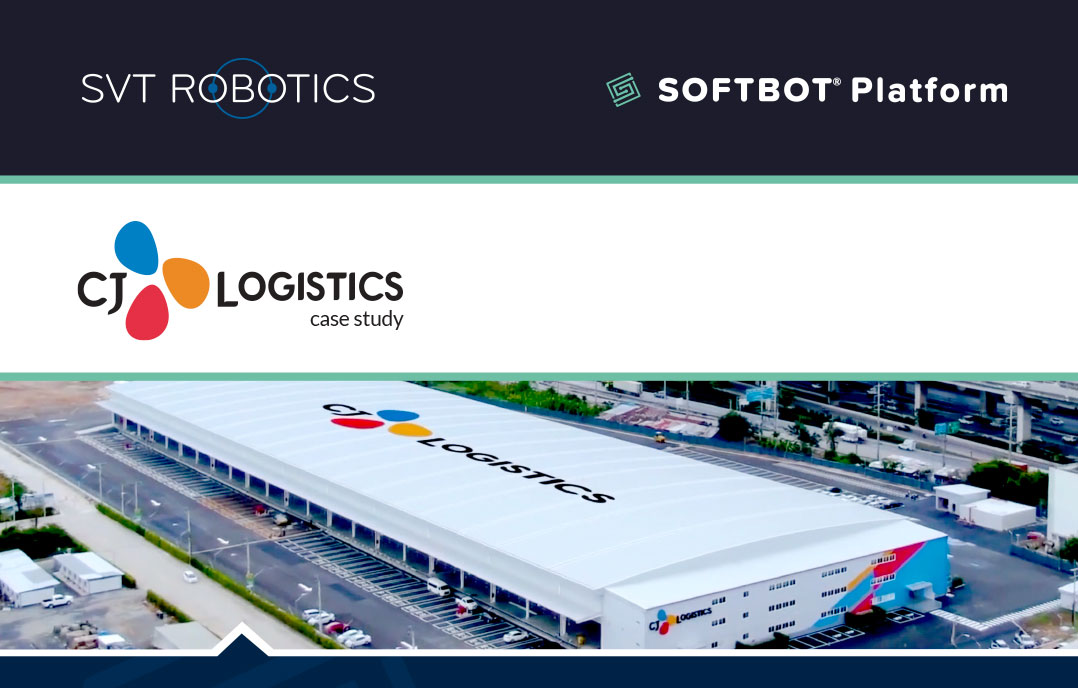 Talk to an expert about rapidly integrating your automation

Watch the demo to see how the SOFTBOT enables never-before-seen flexibility and speed to deploy robotics in hours without code.